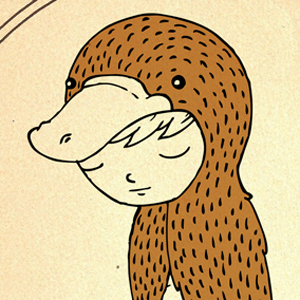 Self portrait by illustrator Derek Eads.

1. Name / occupation / location:
Derek Eads / Freelance Artist / Indiana
2. How long have you been doing what you’re doing?
Creatively, all my life. Professionally, a little over 2 years.
3. What was your last ‘day’ job (or what is your current day job)?
I worked about every possible position at a few different movie theaters. I did everything from usher to projectionist to manager. That experience plays a huge part in my art’s pop culture themes. My last shift was the midnight show of Toy Story 3. It’s been self-employment since. 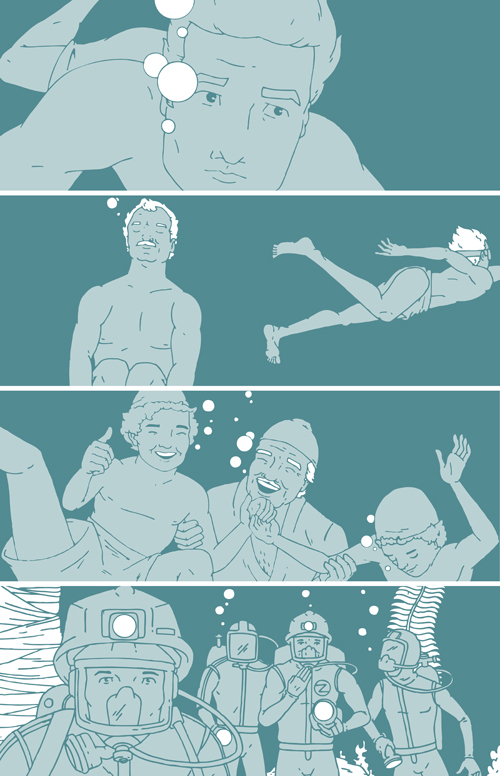 “In Wes Anderson’s first four movies there would be a shot of a person or persons underwater. One person was underwater in his first film, then two were in his second, then three, then four. So I did an illustration showing that.” © Derek Eads

4. Favorite writer / artist / photographer?
Writers: Denis Johnson, Charlie Kaufman, Paul Thomas Anderson, and the lyrics of Jessica Martins. Artists: Margaret Kilgallen, Jordan Crane, Andrew Kolb, and Jack Kirby. Photographers: Peter Larson.
5. Who or what inspires you to create?
Music, lots and lots of music. Via Audio, Lucius, The Spring Standards, Jeff Buckley, George Harrison, and Bob Dylan.
6. Describe your last DIY project:
I ripped up a bunch of comic books to make a collage of Jason Lee’s character, Brodie, from Mallrats. It was happy/sad in that, it turned out great…but I had to rip up some of my favorite characters to create it. I’ve also been having a lot of fun working with sun prints. 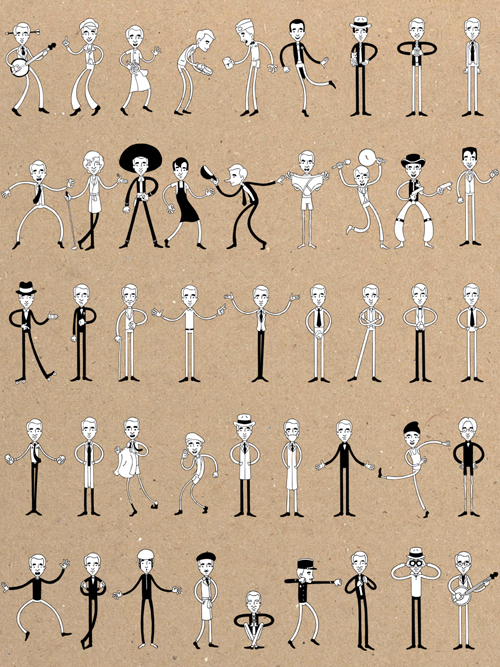 7. Decade you wish you could visit?
The 70′s. Specifically New York anytime after 1975, would absolutely love to see the SNL legends perform.
8. A place you’ve visited that was almost too beautiful to capture?
New York.
9. Describe your pre-work ritual: Cereal, catching up on all the internet goodness, and music.
10. An image you’ve created that is nearest and dearest to you: “This is an Adventure”. I’ve never drawn anything that I’m happy with the first time through and that drawing is probably the only exception. It will always be my personal favorite. 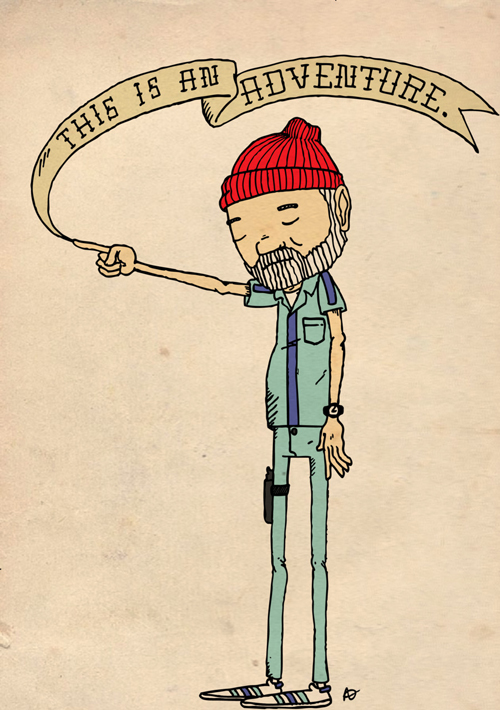 This is an Adventure © Derek Eads

11. Something you care deeply about:
Artistic freedom, I hate when you have to create something within someone else’s limitations.
12. Current project you are working on:
Zombies! http://thebottleneckgallery.com/cant-beat-em-join-em-the-zombie-show/ and then Wes Anderson themed pieces for Spoke Art’s upcoming Bad Dads show.
13. Goal for the future:
Solo show. 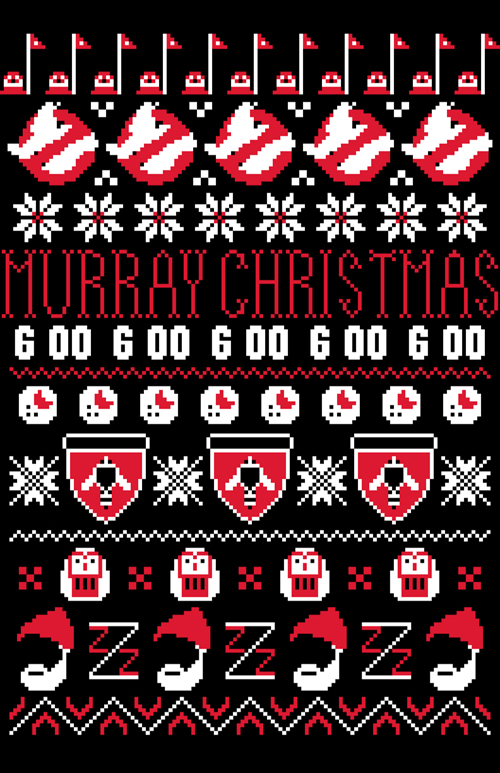 You can view more of Derek’s work on his tumblr site and purchase prints, hoodies, totes and more in Derek’s Society6 Shop. I’m buying myself a Murrays tee. Keep an eye on this guy; he’s bound to go far!! :)